We've Got to Get Out of the House

First, load up everyone and drive to Leadville to find ski-able snow. (Not shown, M. and Shelby). Ski until tired on the perfectly groomed and completely free Mineral Belt Trail. Yes, it was snowing sporadically.
Drive back down into the "banana belt" of Buena Vista, where the long-declining downtown is starting to recover as an entertainment district. 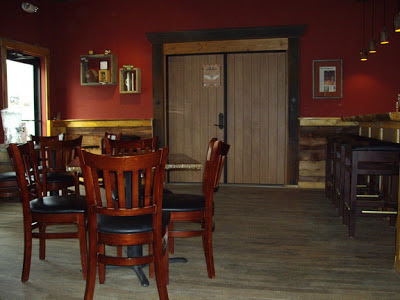 Stop for a cocktail at the new Deerhammer micro-distillery in downtown BV. Consider attending the Ark Valley Libation Society event in Salida, where all the micro-brewers and distillers will be represented, but decide that we're tired and the dogs need to be fed.
Posted by Chas S. Clifton at 9:16 PM No comments:

Waiting for Snow on Tennessee Pass

My informal aggregate snowfall total for this year as measured on hood of the Jeep CJ5  is 66 inches (1.68 m).

So it was a shock to read that Ski Cooper, up on Tennessee Pass at the top end of the Arkansas River drainage, still has not opened.

Owned by the city of Leadville, Cooper developed from the 10th Mountain Division's World War 2 training area. It relies on natural snow—and usually has plenty.

Just the opposite of last year, when there was good snow up high but nothing here in the foothills until January—and then not enough.

Spring is always "the decider."

Fear and Nervousness in Leadville

This developing news story of a potential environmental catastrophe in Leadville interests me, because the Leadville Mine Drain Tunnel used to be a regular stop for one of the CSU-Pueblo English classes.

An estimated 1.5 billion gallons of acidic mine drainage, laced with toxic levels of cadmium and zinc, is believed stopped up behind a collapse in the Bureau of Reclamation's Leadville Mine Drainage Tunnel, threatening to blow out the walls.

In the late 1990s, my colleague Margaret Barber and I taught parallel sections of English 102 (the how-to-write-a-research-paper course), and we focused them on environmental issues. Since so many students could not have told you where Pueblo's water came from, we would rent a big van and take as many as we could up to Leadville, where they got a quick tour of the old mining district.

The tour included the Yak Tunnel Superfund site and the Leadville Mine Drainage Tunnel, both long tunnels dug to de-water the deep silver and zinc mines. Both tunnels fed waterborne heavy metals into the Arkansas River -- and thus into the drinking supplies of Salida, Cañon City, Colorado Springs, Pueblo, and so on downstream.

Brad Littlepage, the Bureau of Reclamation's manager at the Leadville Mine Drainage Tunnel, would explain the fairly simple chemistry of precipitating out the metals to us at the treatment plant just north of town.

The kicker was that the work will have to be done forever. Forever. Until the mountains crumble or someone invents a permanent cure for water trickling down through the rocks, leaching out the cadmium, etc., and then draining through the tunnel conveniently provided in the 1940s, which drains into one fork of the Arkansas.

If it's not treated, watch out:

"Such a release," [Governor] Ritter wrote, "could result in the loss of life, cause untold human misery, threaten the drinking-water supplies for a half-million people, impact farmers and ranchers and leave the river and the recreation economy it also supports degraded for decades."
Posted by Chas S. Clifton at 8:54 PM 3 comments:

Email ThisBlogThis!Share to TwitterShare to FacebookShare to Pinterest
Labels: Arkansas River, Leadville
Older Posts Home
Subscribe to: Posts (Atom)
"The point was no longer to show one's hardihood. The point was to be there."