Two Ringtails and a Weasel Went to a Waterhole

Last spring I wrote about my first scout camera photo of a ringtail, which was something of a trophy, in that they are secretive and nocturnal.

On Wednesday last I picked up the camera at Camera Trap Spring, closing the site for the winter, and found that two ringtails had visited that spot as well in early October.

Unfortunately, they were right at the edge of definition for the infrared flash — the batteries may have been weakening too — but I was still delighted to see them. 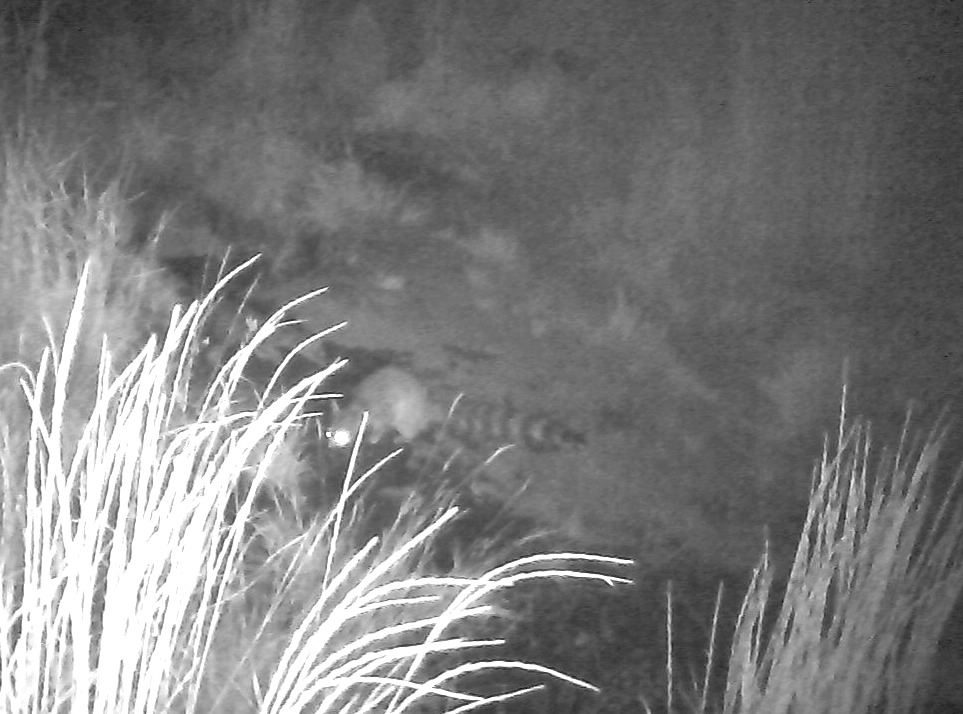 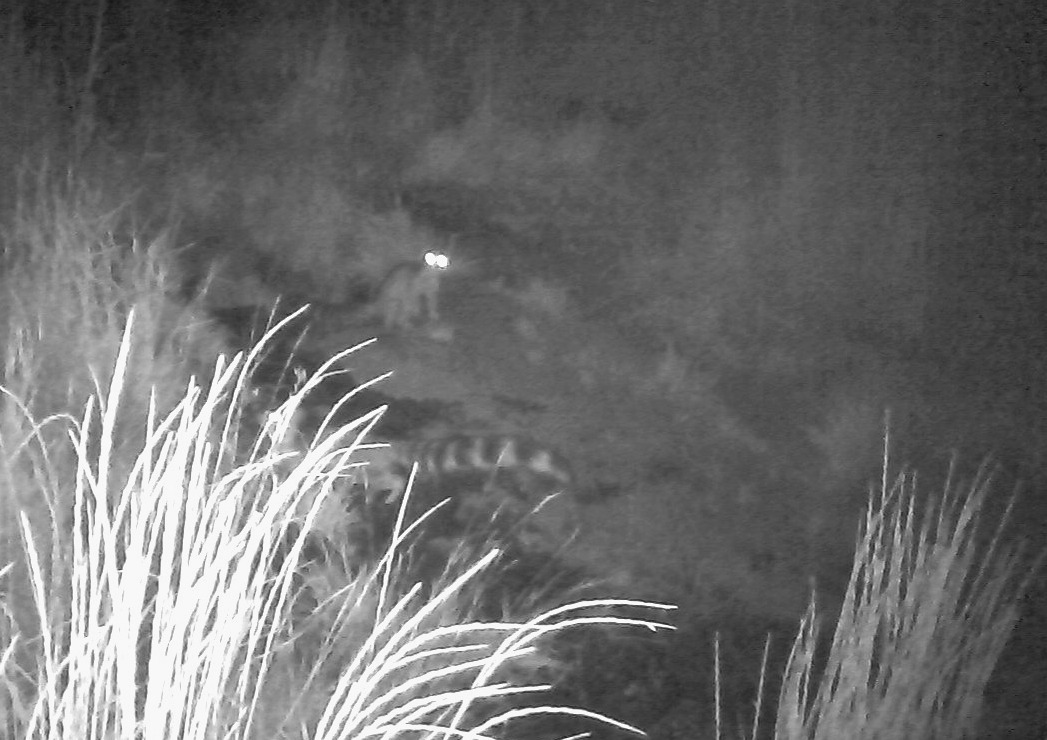 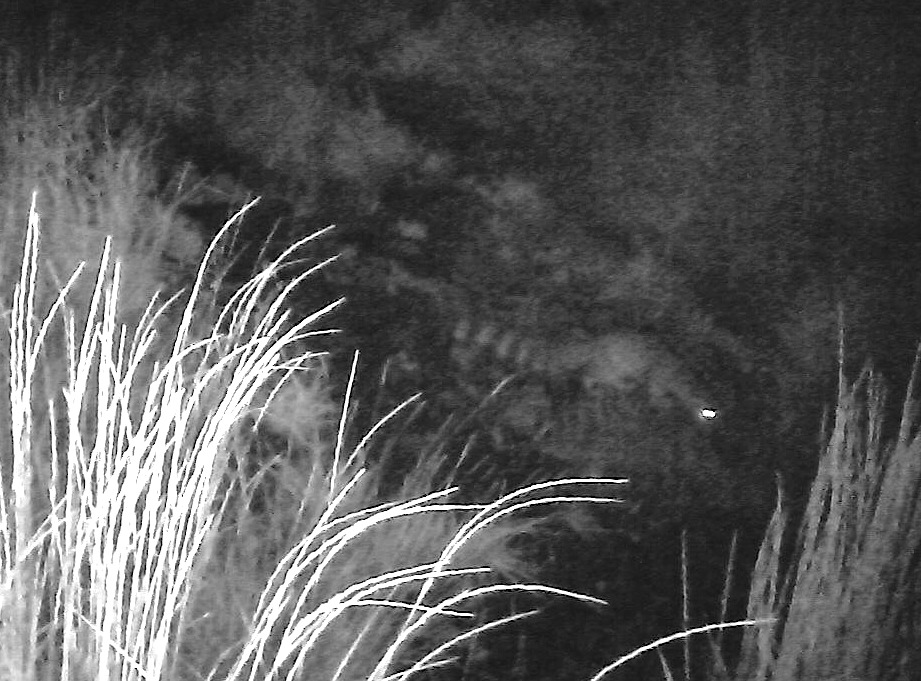 It is a weasel, and apparent size suggests a short-tailed weasel (ermine). But I did not think to place a vertical ruler by the water source. Any mavens of Mustelidae out there want to make a definite identification? 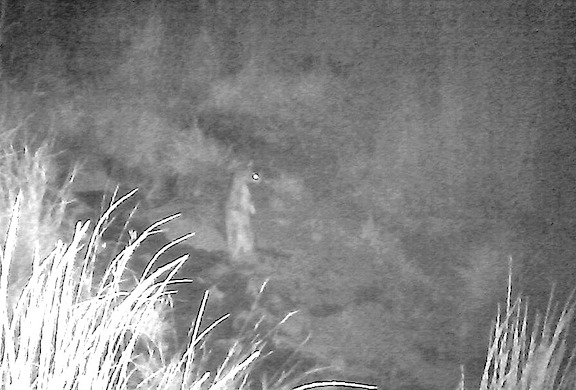 UPDATE: The Camera Trap Codger, who is an actual wildlife biologist, opts for long-tailed weasel in his comment — which is what I sort of thought too until I argued myself out of it.
Posted by Chas S. Clifton at 5:15 PM

Congratulations on your trophies, Chas (hahahah). Ringtails are always a treat to get, and I'd say the weasel is a long-tail -- looks too big based on the size and location of the ringtail.