Where Are These Foxes When I Need Them? 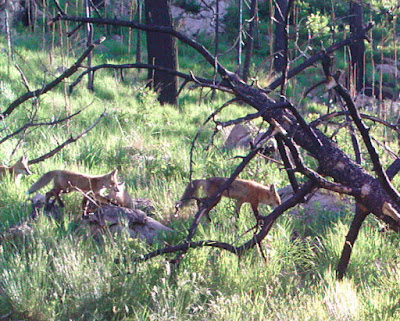 It has been a major rodent year, building on 2015. First, the rabbits. For years we hardly saw a rabbit or a rabbit track, and when we did, M. and I would comment on the sighting to each other.

Now I see cottontails frequently in the woods. One hopped across the driveway this morning. Another was under a bird feeder. The greenhouse vents are now protected with chicken wire and some of the more vulnerable vegetable garden beds screened as well.

It's not enough. There are mice as well. Through the summer they invaded the house and garage in platoons; I was live-trapping three or four a night, night after night — and sometimes in the daytime.

These mice I dumped in a brushy gully about 150 yards from the house. (I hope that that was far enough to keep them from coming back.) It's a smorgasbord for foxes! Where are the foxes?