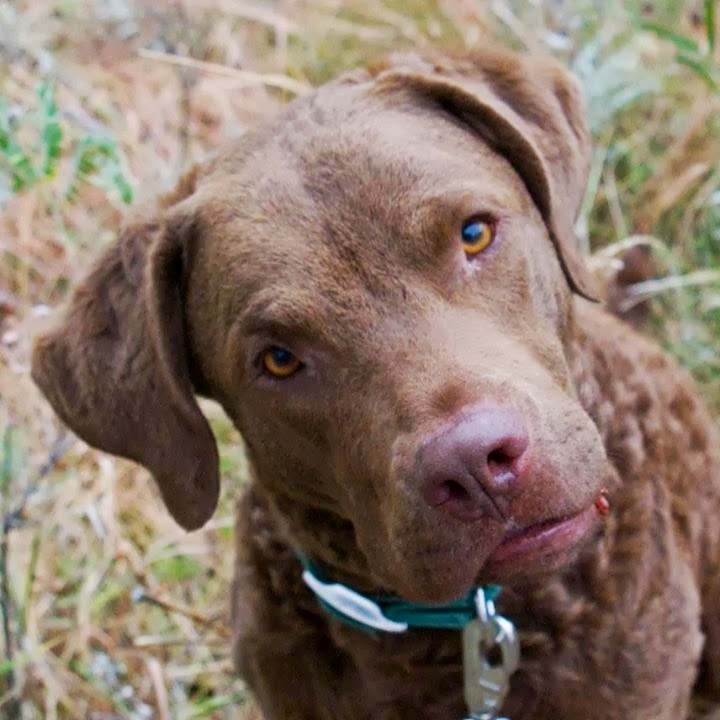 Walking the dogs yesterday morning, I picked a mushroom not far from the house, a bolete,  but not one that I knew

I left it on the kitchen counter while I fed them, then got busy with other stuff.

After M. was working at the same counter, I asked her if she had seen it.

No, she had not. It was nowhere to be found.

The obvious suspect was lying on a rug by the front door: Fisher — Raider of Kitchen Counters, Eater of Everything.

Going from memory, I checked the mushroom book, and it looked like I had had Boletus chrysenteron, which is edible. (From Fisher's viewpoint, if it fits in his mouth, it is edible.)

Mushroom taster, that can be his new job.
Posted by Chas S. Clifton at 10:09 AM

I have a GSP that is just like that !