Heroes Are Made, Not Born 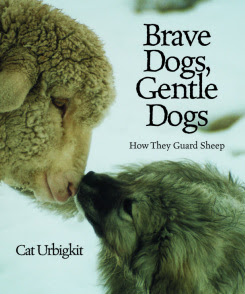 I am not sure where the division of society into "sheep," "sheepdogs," and "wolves" began, but the author of this three-part series, "Are You a Sheep or a Sheepdog" attributes it to the author Dave Grossman.

Part 1: Are You a Sheep or a Sheepdog?

Part 2: 8 Reason's You're Hardwired for Sheepness

Part 3: Your Roadmap to Becoming a Sheepdog.

Whatever the source, it's a useful classification system. And as the author notes, we are mostly born "sheep."


Grossman isn’t using the term pejoratively, he’s simply referring to the fact that most human beings are kind, gentle, and peaceful. The conflicts and ethical dilemmas they’re regularly faced with rarely rise to the level of life and death, good versus evil. For the most part people deal with challenges that are more annoyances than true crises. And when faced with conflict, they generally try to do the right thing, avoid making waves, and demonstrate pro-social behavior.

We are followers. We don't trust our intuition. We think, "It can't happen here." We suffer from "normalcy bias" and the "bystander effect."


33-year firefighting veteran Jack Rowley saw normalcy bias play out on a regular basis at bars in Columbus, Ohio. Fires were surprisingly common at bars on Saturday nights and whenever Rrowley showed up, he’d see smoke quickly filling up the establishment. But instead of mayhem, he’d find folks just sitting at the bar “nursing their beers.” He’d ask them to evacuate and the customers would say, “No, we’ll be just fine.”

Speaking of the real sheepdogs, Wyoming sheep rancher and writer Cat Urbigkit is in the middle of lambing season, and her livestock guardian dogs are earning their keep. (That is one of her book covers up above.)
Posted by Chas S. Clifton at 9:45 AM

Excellent post and links to other great reading material. And thanks for posting my Brave Dogs, Gentle Dogs cover. I've been told that it has been used with American military to describe what we expect from our soldiers. They have to be fierce enough to face the wolf, fighting to the death, and then return to their flock, being nothing but tender. Sometimes this transition poses great difficulties. I'm honored that my book for children can be used in such grave discussions.