A Bulletin from Camera Trap Spring

I planned to start deer hunting close to home this afternoon, but the weather was not cooperating.

Before the season started, M. and I had hiked over the East Ridge and replaced the batteries in the camera that I had placed a few days earlier at a tiny seep that I call Camera Trap Spring (original, eh?). The first two-day placement had produced no images at all, but there is not much water in that little valley -- something had to show up at the spring.

Today was cool and misty. Just when I was ready to head out for an evening sit at the spring, rain and thunder started. I decided to just hunt/hike over, fetch the camera, and come back.

When I reached the spring, I saw that the camera's (rechargeable) batteries were dead. That could be good, I thought.

Back home, I downloaded the pictures... 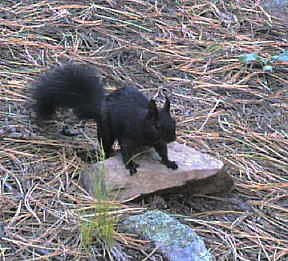 An Abert's squirrel. Multiply this image times eight or so. It was one active squirrel. 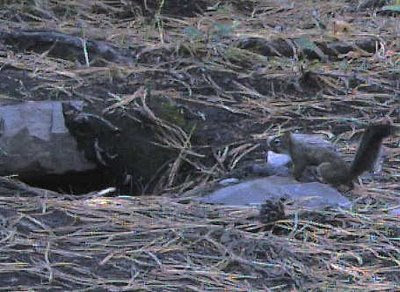 A pine squirrel had also been visiting the spring. There were multiple shots of it as well. 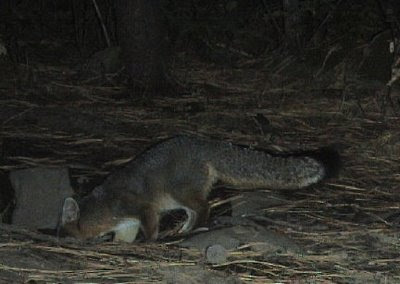 A gray fox showed up about 9 p.m. Thursday night. 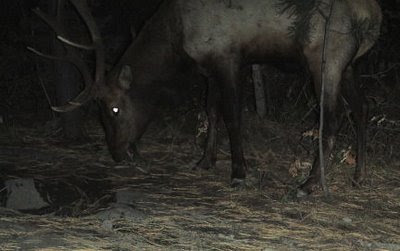 But whoa! Look who stopped by for a drink in the wee hours of Saturday morning. Was this thirsty bull elk the reason that the water level in the seep had dropped? Sneaky guy -- he is hanging around in this patch of deep forest all the time, I bet, and coming out to feed by moonlight.
Posted by Chas S. Clifton at 5:28 PM